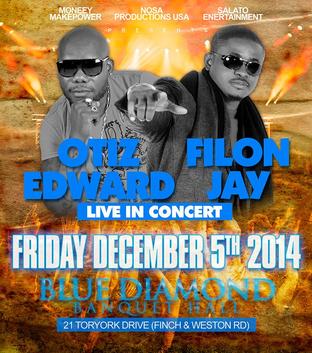 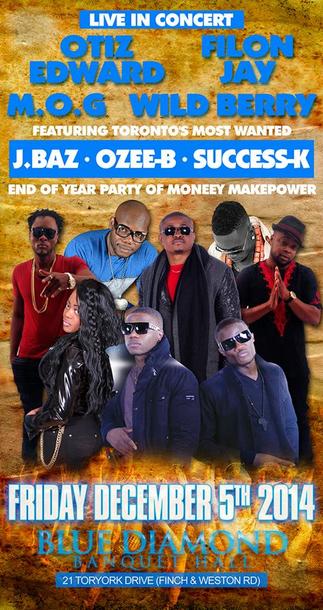 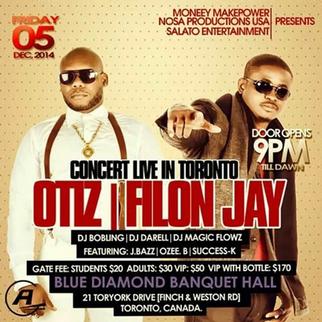 After a successful show at the Nigerian Independence Celebration Gala in Ottawa on October 4, 2014 Filon Jay has been contracted for a concert in Toronto on December 5, 2014. The concert is being organized by Salato Entertainment with partnership from Toronto based promoter Moneey MakePower and Nosa Productions. Filon Jay has bee scheduled to perform along side his team members M.O.G and Europe based NIgerian artist Otiz Edward with other opening performing acts by Toronto based artists J. Baz, Wild Berry, Ozee-B, and Success K. Hopes are high as Filon Jay plans to release his long awaited single "IYOKO" days before the concert. See flyer for more details and tickets info.