Nosa Igbinosa with some NOTABLE celebrities he has worked with.

Nosa Igbinosa was born in Nigeria. He migrated to the United States in 2006 with the goal of furthering his education from where he left off while he was in Nigeria. He studied computer Engineering in university of Benin, Nigeria (Uniben) till 2006 and later changed his field of major to Environmental Health Science at York College, CUNY, New York. His interest in entertainment, film and production began when he started paying attention to the errors that were made in most Nigerian (Nollywood) movies. He took some certificate courses in production while in New York and later began producing for his church on Bronxnet television, NYC. He later took directing course with filmmaker Roderick Giles and became certified in film production and directing.

He never stopped developing his skills in video editing. Nosa would spend hours online tutoring himself on editing and filmmaking. His drive and passion for entertainment production propelled him to incorporate his own production company NOSA PRODUCTIONS in 2010. The company's focus was based on producing everything relating to entertainment, film, music & media productions. Nosa is talented in all areas of producing, directing, editing, and entertainment management to the extent, his friends would call him "Mr. Productions" - the nickname that came about his artistic name "Nosa D'Producer."

His wide discovery in Nigerian Entertainment Industry began in 2011 when he got linked with Nollywood Actress & producer Chisom Oz-Lee. With little or no experience on the field of filmmaking, Nosa was entrusted with the task to edit Chisom Oz-Lee's movie "Unguarded" - a movie that won numerous international awards, including an award for Best Editing, - an award that rewarded Nosa as best international film editor of the year at the 2013 SEA awards which was held in Nigeria. Nosa continued to expand his knowledge and his presence was starting to be noticed in the growing industry. Nosa has helped to idealize and execute projects for other filmmakers who trusts his expertise.

As a multi talented instrumentalist, the love for music never seized. Nosa launched his music group (NMG) in 2013. NMG is a group of talented musicians who decided to team up together with the aim of producing quality and entertaining music to all music lovers. The group members include Filon Jay, Master E, K. Breezy & Stainless (STL) with other 3rd party individuals who sometimes partner with them in support of their work. Less than one year after launching his music group, Nosa won the award for "Best Music Producer of the year" category at the 2014 Universal Achievement Awards, USA, held in Columbus, Ohio including other numerous awards his team members have won as upcoming artists.

Nosa also shoot and direct his group's music videos. His recent contacts from some top African Artists makes him one of Nigeria's most sort-after Nigerian music video directors based in the U.S. He recently shot and directed "Nko" music video for Nigerian popular comedian and artist "Maleke" featuring another notable Nigerian artist "Harry Songs" a.k.a Mr. Songz. With all these achievements in a very short time of coming into the the industry, Nosa continues to remain humble and gives credit to God, his family, and people who supports him. He believes he couldn't have made it without the encouragement from them and he always gives back by helping people with talent in music, acting, and entertainment. 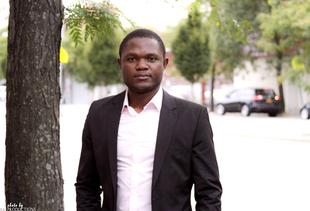 -We are committed to all kinds of entertainment, film, music, video and media productions. We provide our clients with quality work and of great value. Our producers and videographers are highly skilled and have years of experience on the field of production. We love what we do and care about your quest for quality. Our customers love our passion and work ethics.

Get to know our experienced producers & videographers. We've got  the right equipment, skills, and desire to help. Come see why our customers not only come back, but recommend us.

HAVE YOUR EVENT COMING UP

Learn more on how you can get great deal on videography & photography.. Click the button below.

NOSA PRODUCTIONS manage, serve, and promote aspiring talented acts. Talent is a God given gift and deserves to be promoted with a goal of reaching the top. We respect and believe in individual's talent, that's why NOSA PRODUCTIONS is incorporated to discover, promote and develop people with talent in Music, Acting, Entertainment, Modeling etc. Our services also include; organizing and promoting reputable events. However, Our media production services include and not limited to; music video productions, short and feature film production, cooperate videos, commercials, wedding videos, personal/private event - Professional High Quality videography/photography e.t.c.

For most people, events are just mere ceremonies that comes and go, but we see it as a memorable day that deserves to be kept memorable. We accomplish this through the power of our acquired state of the art HD cameras; and with the help of our qualified & experienced producers.